F. Serrano Sr. Elementary School stands on a Three Thousand Five Hundred (3,500) square meter lot and started its operation eighteen years ago. Don Felixberto Serrano Sr. when he was still alive kept on wandering in what school the children he saw passing by his house as early as five in the morning goes to. He learned later that they were attending school at San Agustin, the only school in the surrounding areas of Brgy. Don Bosco, Marcelo Green and Sun Valley.  In as much as his family owns a vast area of land, he donated a parcel of it to the Municipal Government of Paranaque for a school to be built for the benefit of children living in the areas nearby.

Construction of two storey building with 17 classrooms began amidst tall grasses and muddy grounds through the effort of former Councilor Manny De Guia, Chairman of Education Committee at that time with Hon. Walfredo Ferrer as the mayor.  The building was completed in time for the opening of school year 1991-1992.  Operations started during the year with Mrs. Norma Sta. Agueda as OIC and later became a full pledge principal.  In a few years’ time its population became bigger and it came to the point that classrooms could no longer accommodate the numerous students flocking by during the time of Mrs. Leonarda Acuyong and Dr. Felicitas E. Dela Cruz.  Three gifts scheme is being used with makeshift classroom existed.

During the leadership of Dr. Editha N. Baggayan, Rotary Club of Paranaque Southwest donated 1 classroom while Congressman Roilo Golez initiated the construction of two storey building, with four classrooms and an open lobby.  Later on Dr. Editha N. Baggayan requested another two storey building fronting the main gate with eight classrooms and was built thru the initiative of Cong. Golez and it was fully completed under the administration of Mrs. Rhodora R. Villar.

School year 2005-2006 boys rest rooms with four cubicles and urinal were constructed and tiled thru the joint effort of Councilor Conchita Bustamante and Brgy. Capt. Teodoro C. Virata Jr..  An extension from the main building with four classrooms was built thru Principal Led.  Rotary Club of Paranaque Southwest donated computers and launched the “Every Child a Reader Program”.  During that time an annex of the school – the Sun Valley Elementary School opened and accommodated pupils residing within the area.

Dr. Aurora O. Barron took over the administration before the end of school year 2006-2007.  She was able to request from Cong. Roilo Golez another DPWH project three storey building with six classrooms.  A Principal Led building with two classrooms was also built during her time.  Enough classrooms were completed.  Mrs. Rosalia L. Morit, the seventh appointed principal of FSES took over and continue the legacy left by her former predecessors.  With the help of internal and external stakeholders, renovation of academic and non-academic facilities were done.  The physical surrounding of the school has became brighter and attractive as one factor of becoming a child friendly school.  The school is preparing documents to gain an accreditation level thru the APPES program of DepEd but all our effort were gone down due to what happened last December 10, 2011 when a private plane crashed and cause a fire that hit the whole school.  Since January 3, 2012 the school is temporarily located at National Shrine of Mary  Help of Christians Parish.  The Church gymnasium, function and tiangge room served as classrooms for school children.  Due to limited space, the Grade Five and Six pupils adopted the Alternative Delivery Modality (ADM) thru Plenarized and Modularized Approach.

After just a couple of months, a new four- storey building stood on the site. The immediate re-establishment of the school became possible because of the unified efforts of the ever loyal local leaders of the community; spearheaded by the persistent and diligent Cong.Roilo Golez, the unwavering support of Mayor Jun Bernabe and Capt. Teodoro Virata  and their cohorts; and the brilliant and hardworking FSES principal Mrs. Rosalia L. Morit. Together they found ways to surpass the problems brought by the tragic event.

On August 1, 2012, the school’s operation went back as usual in the newly built school. Although the structure was not yet complete as there was still construction going on, the situation did not become a hinder to go on because precautionary and safety measures were observed.

FSES is now called “The Most Modern School of the Region” . It is made up of 60 classrooms which are more than enough to accommodate the present number of 4,200 pupils. Classrooms are more extensive and ventilated to provide a more comfortable place of learning. There are ceiling fans and lighting fixtures as well in every classroom. Comfort rooms are tiled with several cubicles, faucets and sinks. Soon, the administration, headed by Mrs. Rosalia L. Morit started with putting up the different facilities of the school that will cater the needs of its constituents for different activities such as the E-classroom, EPP Room, Library, LRC, Guidance Room, and Principal’s Office and the SPED room.

On August 30, 2012, the Inauguration Day and Blessing of the new FSES was held.  Then a Covered Court (Golezeum) was built over the school quadrangle as had been spearheaded by the Hon. Roilo Golez of Legislative district II. To further beautify the school and as part of security and precautionary measure, several post-lamps were installed along the concrete fence of the school facing the creekside.

There were additional comfort rooms and handwashing areas situated at the back of the building.  Vacant areas were turned into vegetable gardens, hydroponics, MRF and compost pit. On July 1, 2014, Dr.. Antonio B. Dorado took over as the school head.   He facilitated additional improvements for the whole FSES community.  Rehabilitation of feeding center enhanced the feeding programs, partition of rooms to provide the needs in conducting the division’s “whole-day classes”. On July 25, 2019 Dr. Ronel V. Corro was transferred to SVES, a new school head was installed as the principal of FSES and he is non-other than Dr. Antonio B. Dorado.

Dr. Dorado’s mission and vision for the school was evidently manifested for he continuously adding some provisions for the benefits of the FSES studentry. Complete installation of the entire FSES washing areas, drinking fountains, comfort rooms as project of the Rotary International thru the undying support of the Rotary Club of Parañaque Southwest headed by HON. FRANCIS VILA, President of organization. 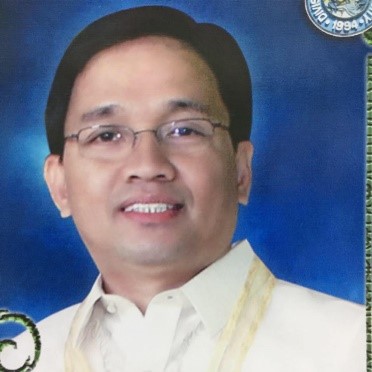